“Wild metaphorical music that rocks” has been used to describe the sound of Alexa Wiley & the Wilderness, a Portland-based band with an abundance of long-time local musical roots. Their 2018 album Planted borrows from an array of genres and musical expressions. Continuing down the same path as their debut collaboration from 2015, the songs display varying styles tied together with themes of the search for meaning in our hurried, modern world.

Alexa loves metaphor and has purposefully searched out that which is unpredictable and wild about herself. And it does mean taking a chance of getting lost in the wilderness of oneself. It’s an art. Alexa suggests we take a chance taking that trip into the wild and unknown.

Listen to an interview with Alexa by Inessa Anderson about the ‘Art of Getting Lost.’ 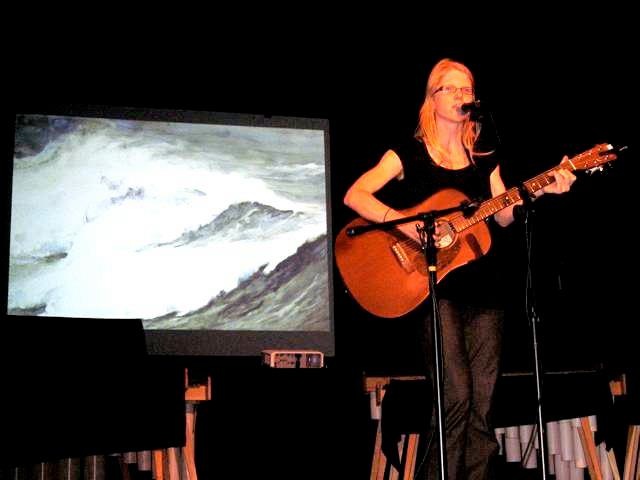 Alexa has lived in Portland since she was 6 years old and her music is inspired by connections to our shared place in the Pacific Northwest. Her first major foray into place-based artistic collaboration was the co-produced Salmon Nation Artist Project.

As a lover of the outdoors and iconic Columbia River, Alexa often donates performances for local outdoor organizations such as Outdoor School For All and Columbia Riverkeeper.  Her anti-LNG song is featured in Columbia Crossings: Oregon Faces America’s Energy Future, a documentary of the long fight in Oregon against proposed liquefied natural gas terminals.

Through her friendly collaboration with fisherman and poet Dave Densmore, Alexa teams her melodies with Dave’s rough and real poetry to capture moments of transcendent relevance in a show they call For the Love of Fish.  Alexa and Dave’s blend of artistic virtues form a complementary lyrical dialogue addressing the difficult environmental choices facing our contemporary Northwest community.